Enjoying some tasty treats at our Valentines themed bake sale this year!! 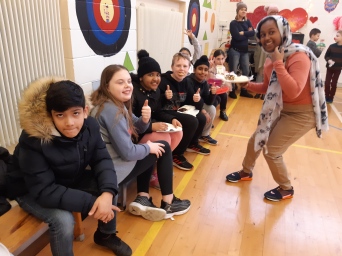 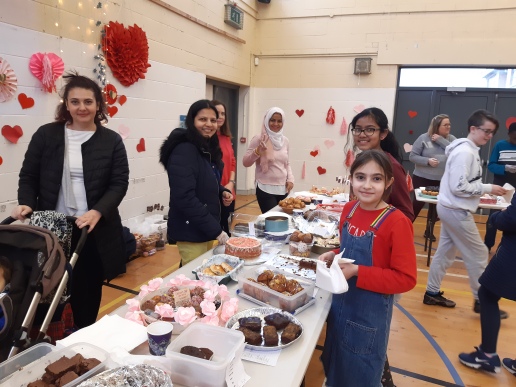 During January and February we’ve been learning about what life was like during the Great Potato Famine in Ireland in the 1840’s. We read a very famous novel called ‘Under the Hawthorn Tree’ which follows three 3 children across the country to find their family during the worst years of the famine. We were also lucky enough to get the opportunity to travel to the National Opera House in Wexford to see a theatrical performance of the novel. While there we also briefly visited the Wildfowl reserve just outside Wexford town and had lunch on the quay by the ships.

Children explored the medium of clay in the visual arts to create a famine memorial replicating the memorial in Dublin and Mayo. 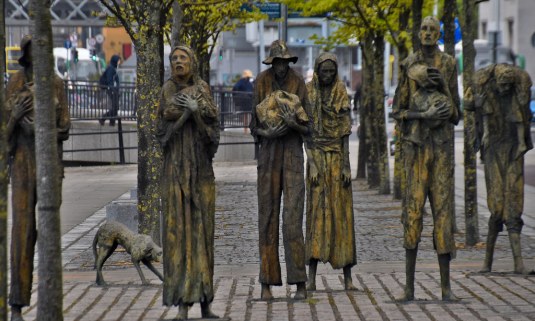 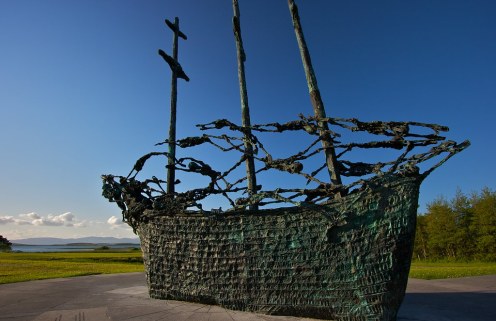 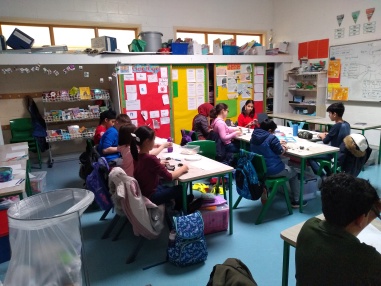 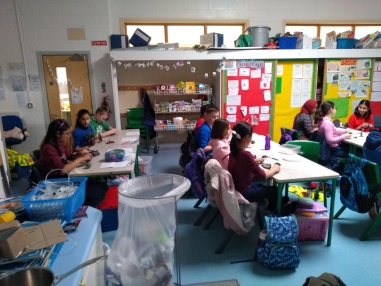 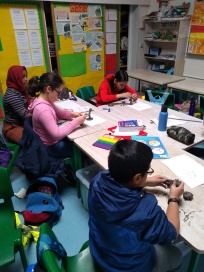 5th class got inventive in January creating their own dioramas of glacier formation from household items. The variety and creativity was remarkable. 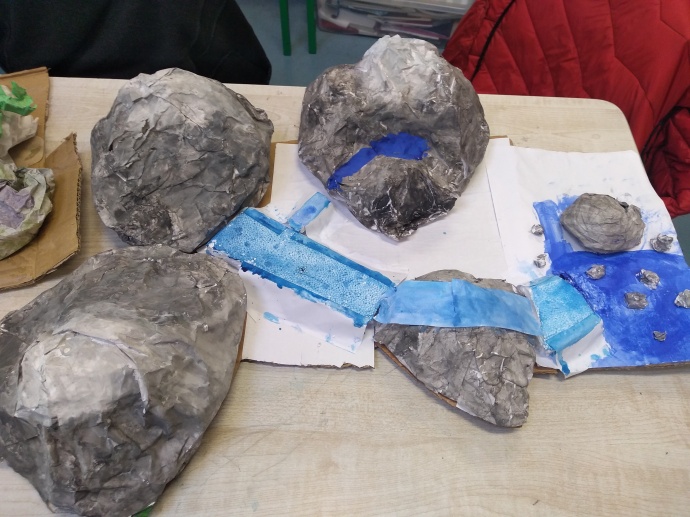 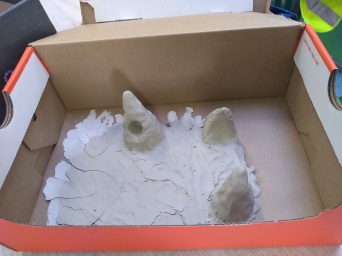 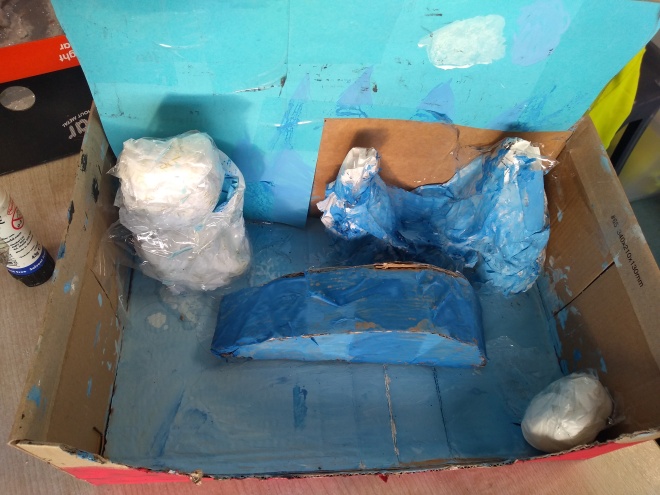 After getting a taste for fun science in October we started exploring Circuits in December and tried to get creative with our placement of lights and fans in a picture. Click on the video link below to see our pictures come alive!! 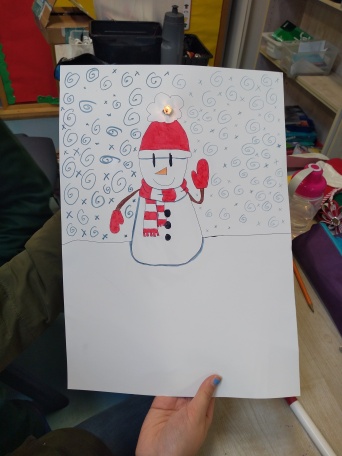 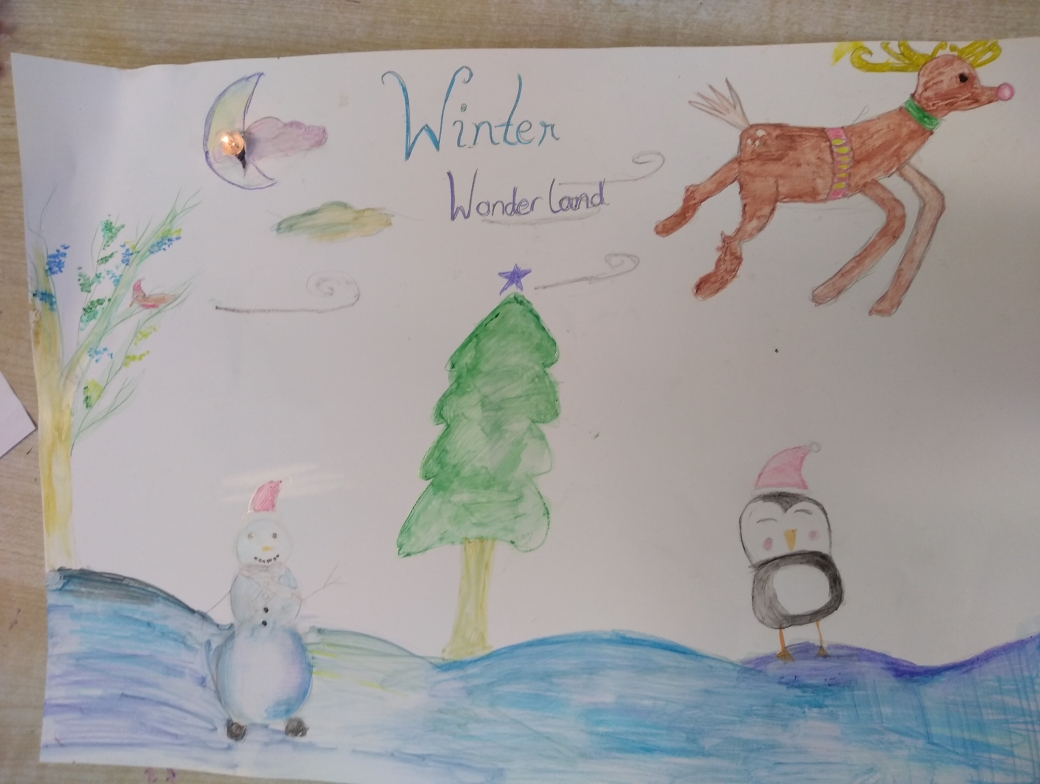 October means STEM week and fun and creative ways to use Science, Technology, Engineering and Maths. Here’s a few of the projects we worked very hard on for many weeks and showcased in the hall during STEM week. 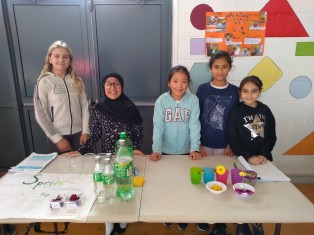 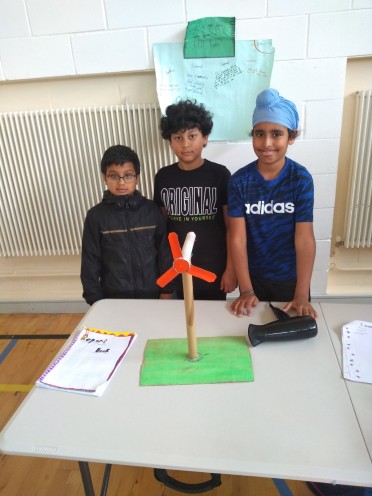 We’re so lucky to have the Intel campus so close in Leixlip who annually run their Mini-Scientist Competition during October. Here’s 5th class hard at work trying one of the engineering activities from the goodie bag. 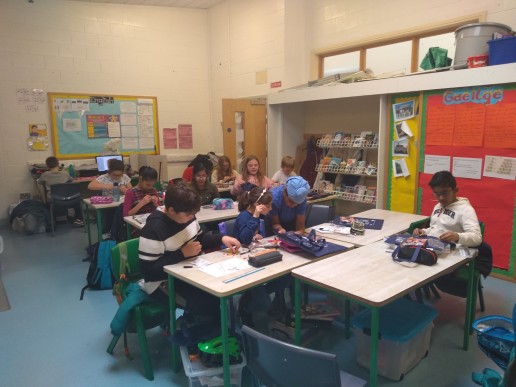 We trained hard in September and October. For 7 weeks we ran daily to improve our running stamina and on the 15th of October we tried to run our best mile in Santry with lots of other schools from around the county. 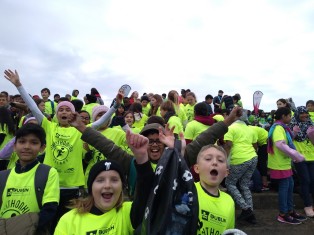 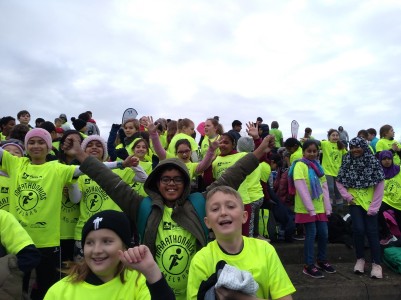 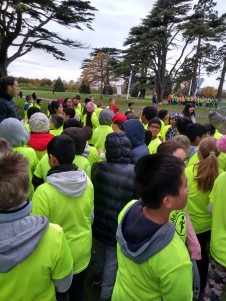 September is all about getting to know ourselves and our friends again after the long summer. We worked for many weeks on various forms of self-portraits through the medium or drawing and paint and then we tried papier-mache. It was tough, the tissue paper and glue got all over our hands and it was hard to form the different parts of the face but  we powered through. Here’s a few of them : 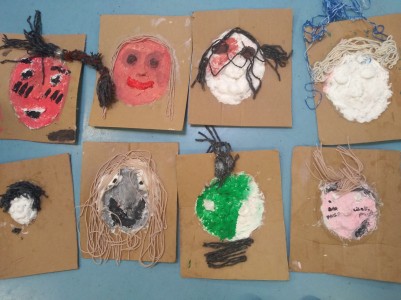 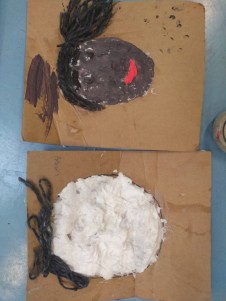